With the KTM RC8 R Track, the brand that is passionate about motorsport bridges the gap between the official RC8 racing engagement and the series models. KTM now offers a street bike product that is a pure bred sports-oriented racing machine. More and more riders of super sporty bikes are now showing a preference for the race track in the form of either training sessions or races. Riders who are regularly on the race track often invest a lot of time and money to prepare their sports machine in the best possible way. In the case of the RC8 R Track, the KTM Racing Department takes over this role. The 'Track' directly developed and produced by the RC8 Motorsport Department is the perfect two cylinder Superbike for hobby riders - like those competing in various championships. The motorcycle is compatible with the FIM Superstock homologation and can therefore be used in official championships. The 'Track', based on the RC8 R, which in the standard model is already numbered among the most powerful Superbikes, is in every way 'Ready to Race.' 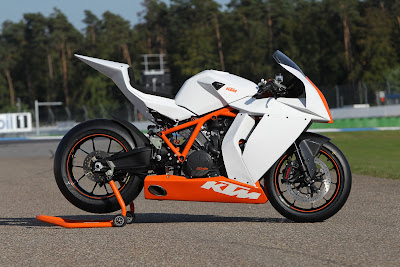 2011 is set to become a very special year for young motorcycle enthusiasts. World famous for its fascinating sport bikes, KTM launches its first road-legal 125 . the 125 Duke. Available as of spring 2011, the idea behind the new bike is clear at first sight: true riding fun thanks to fully-fledged motorcycle technology. And at a reasonable price at that! Or: your first fast love. For many years, Austrian maker KTM has been making it a point to offer great sport motorcycles even to the youngest riders. On the off-road scene, it is not the least these extensive efforts to support young racers that helped KTM achieve its current lead. Besides the popular, high quality KTM Minicycles, Motocross and Enduro models, KTM has also initiated numerous motor sports campaigns for the young generation all over the world. Just like racing itself, passing on that passion for motorbikes to children and adolescents is in the company's very DNA. 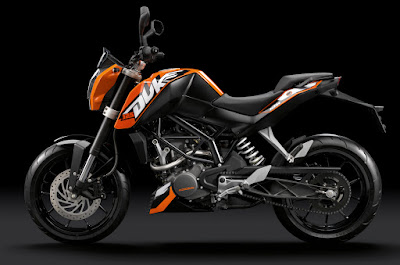 From its launch in the spring of 2009, the KTM 990 SM T triggered a flood of enthusiastic comments. Reaching another sport motorcycle milestone for KTM, its new and unique concept was the first to combine the dynamism of an agile Supermoto with the benefits of a true longdistance touring motorcycle. The incredibly versatile two-cylinder Supermoto enters the biking season of 2011 with a decisive innovation. An ABS braking system tailored specifically for the requirements of the SM T makes for perfect deceleration under any conditions, rendering the 990 the Queen of negative acceleration without sacrificing any of its vigour. 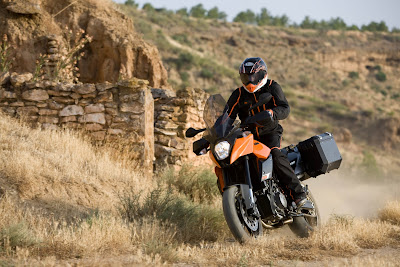