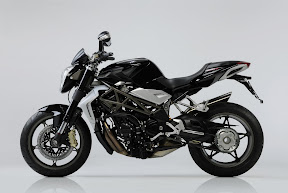 Almost a decade has passed since the appearance of the first Brutale, a prestigious, naked motorcycle with fascinating design, power, and speed. Its characteristics, unique and unmistakable, have made it famous the world over, enabling it to win coveted prizes as the most beautiful motorcycle of the year. Fifteen thousand, four hundred Brutale units have been sold worldwide, including special versions. Its identity has remained timeless, backed by MV Agusta's legendary racing heritage.

The 38 riders' world championship titles and 37 manufacturers' championships - attained with the contribution of motorcycling legend Giacomo Agostini - demonstrate the company's ability to work under extreme conditions, as well as its great passion for racing.

The Brutale pushes the limits of research and technology in its 2010 models - the 990R and the 1090RR. With its state-of-the-art components, the 2010 Brutale delivers acclaimed performance and ease of riding, in keeping with the 'Made in MV' formula: a commitment to excellence in componentry, in the design of which MV Agusta is at the forefront. The 'easy' handling enable the Brutale to compete with the Japanese nakeds: it is agile and instinctive in the hands of the rider. It excels on the racetrack, and its eclectic elegance and charm thrill even the casual admirer.

To achieve these results, it was necessary to replace 85% of the components, but the new Brutale has preserved the significant style features of previous versions. The work carried out on the 990R and 1090RR cannot be defined as mere restyling; rather, it is a silent MV Agusta revolution.

There is little left of the old Brutale model, as 85% of the parts have been completely redesigned. From the aesthetics, to the engine, to the rolling chassis, no component can be interchanged with those of the previous versions. Among the new parts:

Many of these parts have been designed and crafted by MV Agusta, rather than sourced from market suppliers, thereby affording technical and aesthetic perfection. Of all the world's manufacturers, only MV Agusta obsessively pursues aesthetic perfection in its component design, because its aim is to make beautiful what others make only functional. And, without being presumptuous, the Brutale is the best example there is on the market. For more information visit MV Agusta USA. 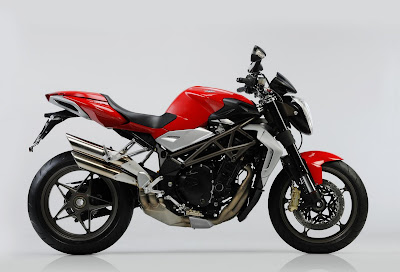 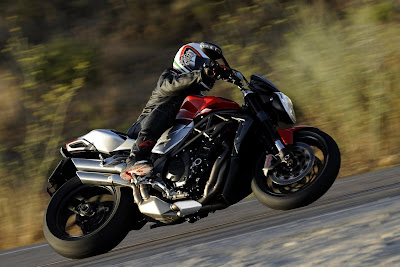